Recently, the PolarCode (Polarization Code) scheme promoted by China has been hotly debated by the international wireless standardization organization 3GPP as a control channel coding scheme for 5G eMBB (Enhanced Mobile Broadband) scenarios, and it also allows users to truly feel: 5G The times are coming.

In the United States, operators AT&T and Verizon have started 5G network experiments, and the network is expected to be officially launched in 2020. For 5G, I am afraid that everyone is most familiar with the speed increase, but the technology is not so simple, let's list the five questions you have to know about 5G technology.

1. 5G brings more than just the speed of the network

In terms of network speed, 5G will be 10 to 100 times faster than the existing 4G, which means that we can enjoy 4Gbps ultra-high network speed in the future (this is why 5G is named "fiber-free fiber network").

Hank, vice president of AT&T's network architecture department, explained that the rapid growth of the network speed is mainly due to the operators' opening of more wireless channels and millimeter wave technology (the signal transmission distance is shortened and the network speed is accelerated). In addition, the use of small base stations improves network coverage, and data transmission and exchange distances become shorter.

Hank believes that 5G brings more than speed. In fact, what is more important for users is the increase in network capacity of 5G, which can carry more devices. With the deepening of the construction of the Internet of Things, there will be more and more connected devices in the future. From the security System of the office to the broadcast on the car, it will become a member of the 5G network. It is expected that by 2020, the number of connected devices will explode, and your clothes, sports accessories, bridges, and even the body will become a part of the network.

As the founder of the analysis company Recon AnalyTIcs and 5G network expert, Entner said: "With the continuous advancement of the Internet of Things revolution, 5G network will become the strong backing of billions of devices in the future."

2. The network architecture is completely new

Gartner expert Shama said that in addition to fast speed and low latency, 5G networks have strong backward compatibility, so researchers can have greater autonomy in the transformation of their architecture.

"The 5G network will have a rapid development in the construction of base stations," Entner said. "At the moment, we don't know what wireless data transmission technology will be used in the future. Many people have different opinions on this issue."

3. The previous experiment is in progress

In addition to the previously mentioned AT&T and Verizon, many companies have also begun testing 5G networks, including Alcatel-Lucent, Ericsson, Fuji, Nokia and Samsung.

In addition to these established telecom equipment vendors, there are many technology companies that are also eyeing the business opportunities brought about by 5G technology. Google (microblogging) recently acquired Alpental, a 5G network technology company, to advance the millimeter wave technology. Microsoft also began to test the white space of the TV. In addition, Facebook launched an open computing initiative that will become part of Internet.org in the future and provide network support to poor developing countries.

4. Wi-Fi technology has not yet made a big breakthrough

Although 5G technology will make great progress in the next few years, our familiar Wi-Fi does not have this treatment. Hank believes that the industry has made a big mistake in this regard. After all, the two technologies will continue to coexist in the future, and the progress of Wi-Fi technology cannot be ignored. However, Entner said that the industry has also considered Wi-Fi, but the main task of 5G is to carry the network devices that are gradually rising in the next few years, rather than working with Wi-Fi at home.

â€œ5G is very important because the existing network design can no longer carry the huge amount of equipment in the future,â€ Entner said. "The situation is far beyond what was expected 10 years ago, and we need to find an effective solution."

5. The United States will not be the first country to deploy a 5G network

In addition to US carriers, Japan's NTT Docomo has also begun testing 5G networks. In addition, South Korea is likely to officially launch the 5G network before the opening of the PyeongChang Winter Olympics in 2018. Therefore, in the construction of 5G networks, the United States is not at the forefront. It is Asian countries that can truly experience this technology first.

Differences and similarities between 4G and 5G networks

4G is synonymous with LTE technology, and they are all evolutions of existing 3G wireless standards. In fact, LTE is an advanced form of 3G that marks the shift of data/voice hybrid networks to data-only IP networks.

The LTE standard uses two forms of duplex work, frequency division duplex (FDD) and time division duplex (TDD). However, governments around the world are profiting from the sale of LTE spectrum without any planning or consideration, which has led to LTE now having 44 chaotic bands.

Finally, it should be pointed out that there are different types of LTE networks. From a consumer perspective, these types are primarily distinguished by theoretical speed. 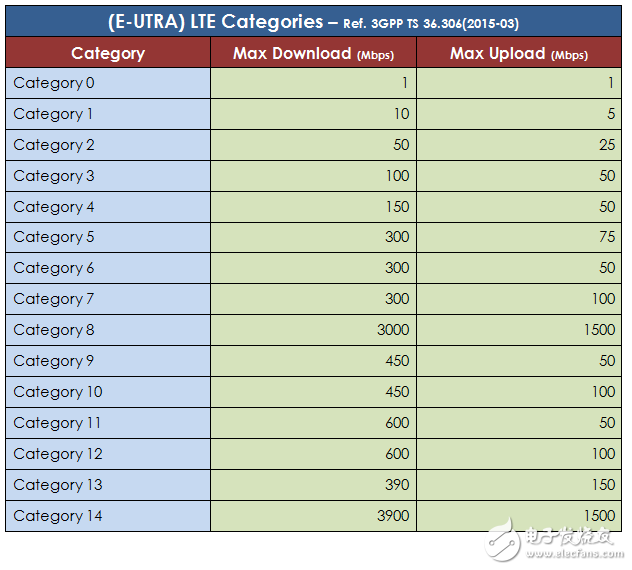 LTE-Advanced: Bridge between 4G and 5G

LTE-Advanced (LTE-A for short) is the evolution of the original LTE technology towards higher bandwidth, and promises to bring three times the speed of the basic LTE network. 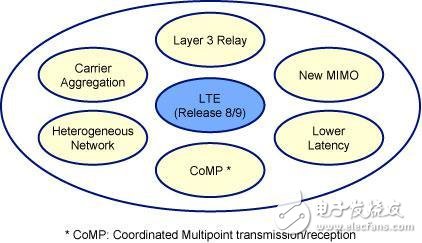 Carrier aggregation or new props and is a transmission scheme that allows up to 20 signals from different spectrums to be combined into a single data stream. Next, LTE-A will increase the antenna configuration of MIMO to 8x8 to increase the amount of wireless current using beam steering technology.

Subsequently, coordinated multipoint technology allows mobile devices to send and receive radio signals from multiple units (Cell, the geographical area covered by the signal) to reduce crosstalk from other units and ensure optimal performance at the cell edge. . South Korean operator SK Telecom pioneered the world's first LTE-A network in the summer of 2012, when they used an early form of CoMP.

A relay in an LTE-A setup is a base station that uses multi-hop communication at the edge of a cell. It receives a weaker signal and then enhances its quality and retransmits it.

HetNet is the last and most critical link. It is a multi-layer system of tiered units that can produce cheap bandwidth. As a gradual evolution of cellular architecture, HetNet is much more complex. Under this network, small units add hundreds or even thousands of access points to the cellular system.

It is worth noting that although the LTE-A standard bridges the gap between 4G and 5G, in many ways, the concept of HetNet can be said to be the glue between LTE-A and 5G networks. This is why so many wireless industry observers will refer to 5G networks as an enhanced form of LTE-A.

â€œ5G is an end-to-end ecosystem that delivers a fully mobile and connected device that enhances consumer-facing partners through existing and new use cases with a coherent experience enabled by a sustainable business model. Value Creation."

Basically, LTE-A is the basis of the 5G radio access network (RAN) below 6GHz, while the frequency from 6GHz to 100GHz will simultaneously explore new technologies. In the case of MIMO, 5G upgraded the technology to Massive MIMO, where the antenna configuration jumped from 16x16 to 256x256, which would bring a leap in wireless network speed and coverage. 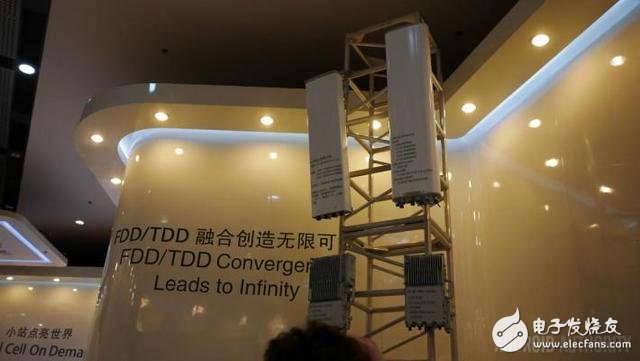 The early blueprints of the 5G pilot network are mainly composed of beamforming technology and small cell base stations. At present, companies such as Ericsson, Nokia and Samsung have launched pilot projects using these two technologies, and the results have been encouraging.

The goals of 5G technology can be attributed to the following numbers:

How to distinguish between 4G and 5G

1. First and foremost, LTE-based 4G networks are experiencing a rapid deployment, while 5G networks are currently only in the research report and implementation phase, and the latter's large-scale deployment is expected to wait until 2020.

2.4G and the previous mobile network mainly focused on the provision of raw bandwidth, while 5G aims to provide ubiquitous connectivity, laying the foundation for a fast and flexible network connection, whether the user is in a skyscraper or a subway station.

The 3.5G network does not exist independently. It will be a combination of multiple technologies, including 2G, 3G, LTE, LTE-A, Wi-Fi, M2M, and so on. In other words, 5G was originally designed to support a variety of different applications, such as the Internet of Things, networked wearables, augmented reality and immersive games.

Unlike 4G, 5G networks have the ability to handle a large number of connected devices and traffic types. For example, when dealing with high-definition video online playback tasks, 5G provides ultra-high speed links. When faced with a sensor network, it will only provide a low data transfer rate. 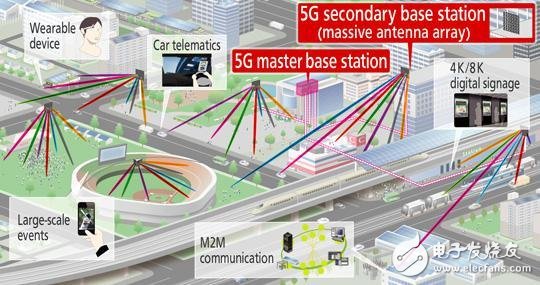 The 4.5G network will be the first to adopt a new architecture such as cloud RAN and virtual RAN to facilitate the establishment of a more centralized network and maximize the use of server farms through localized data centers at the edge of the network.

5. Finally, 5G will also take the lead in using cognitive radio technology to allow the network infrastructure to automatically determine the type of band to be provided, to distinguish between mobile and fixed devices, and to adapt the current situation within a specified time. In other words, 5G networks can serve both industrial networks and Facebook applications.

GPS Tracker, locator for all vehicles

âš« Tracking: It sends GPS (Location, speed) and sensors (if any) information to your application server with configurable report interval (moving or stationary).

âš« Backup Battery (optional): With a backup battery (300mAh), the device sends a tamper message if the main power supply harness is disconnected.

âš« Storing Message: The device stores up to hundreds of messages while there is no GSM signal.

âš« Power Saving Mode: Device periodically wakes up and sleeps when vehicle engine is OFF.

âš« OTA (Over the Air): The device`s firmware can be upgraded via TCP.

âš« Bluetooth-positioning: It will support bluetooth feature for positioning.

âš« Can Communication: It can read VIN, RPM and many other standard

vehicle parameters via CAN BUS.

âš« GPIO and UART: The device has 5 configurable IOs. It can be

digital output and 1 UART. These IOs can be used for engine starter

on/off detection, immobilization of engine starter, door lock, and for

connecting to various types of sensors.

Other functions can be customized