1AR/VR/artificial intelligence, short-lived? Back to top

TV is actually an electrical appliance with a very long history. From 1925 to today, we have experienced the kinescope technology, plasma technology, projection technology, liquid crystal technology, and OLED technology. In each technological change, we have generated more designs, functions, and Content changes. From being awaiting one hundred years to blossoming, television has experienced. Looking at the current Internet TV, it also presents a lively scene of a hundred schools of thought, but deep down, the pace of television innovation seems to face too much pain because of the cost-effective model to the Internet model, despite using all the "metaphysical" tricks, but Still going very hard.

If you want to ask how this year's VR is fire, Xiao Bian thinks that it is going with the performance of smart phones and the growing base. Although the VR experience on smartphones is scolded by the great gods, it is undeniable that it is the cheapest way to experience VR and the largest number. However, although the concept has been hotter by the media, the hardware technology and content of the more outstanding VR experience obviously cannot match this kind of popularity. 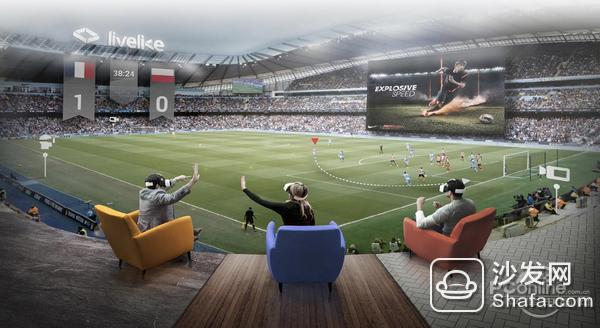 Of course, TV manufacturers have not let go of this hot spot. The worldâ€™s first VR TV has been developed at lightning speed. It was too sudden. Without the accumulation of R&D, the innovative soil could easily collapse. VR TV does not have a VR concept so magical, it is just a video resource zone with 720Â° panoramic video.

Although there is suspicion of speculation, it is a product of compromise between content and hardware under existing technology conditions. Internet TV excels at content. Under the improvement of technology, tourism, real estate, shopping, and medical industries will surely generate new solutions around this idea. It may only wait for a long time. 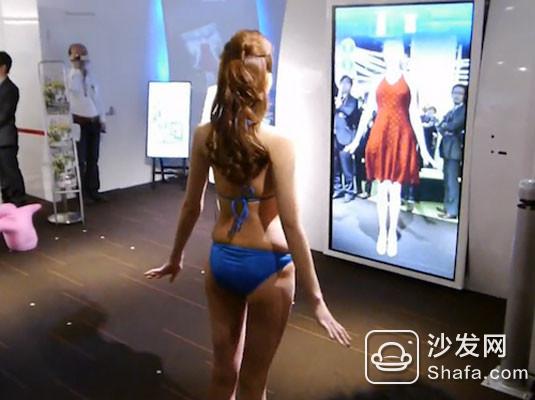 The same is true for AR TV. The focus of AR itself is to focus on the interaction between the machine and the human, but from the perspective of performance, AR TV is a bit like a jacket with a somatosensory game. In terms of interaction, TVs can still only play a role on the screen. Interacting with people through peripherals and software, playing FTG games, and simulating dancing machines can still be done.

AR TV can also achieve an immersive shopping experience, such as trying on clothing. But television still displays the effect plane after the trial through the screen. There is still much room for improvement in order to truly reach an immersive experience.

The Internet investment community has such a popular saying that investment should invest in â€œthird eye beautyâ€. The threshold and cost of first-line and second-eye beauty exchanges are relatively high, and only the third-eye beauty belongs to the public, corresponding to the product. That is, any technology product must go to the third generation before it can be widely accepted by the masses, so that it can survive for a long time. Artificial intelligence is now the third wave. At the end of the 1950s, it was a wave of climaxes. Many died. In the 1970s, the National Science Foundation did not support it. The 80-90s were active again, that is, the second wave, and they died again. So now is the third wave, and there are theoretically larger opportunities. 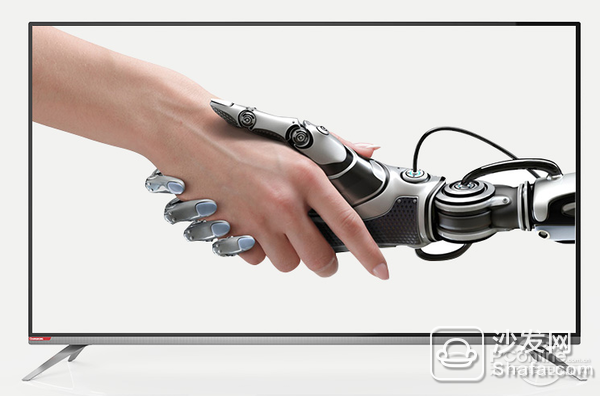 Several brand TVs have successively launched several "artificial smart TVs" this year, focusing mainly on the problems of voice interaction and user habits. The user's voice commands are transmitted to the cloud platform, and real-time feedback is provided. At the same time, the user's viewing habits on the television are constantly learnt, and each feedback has more data support. 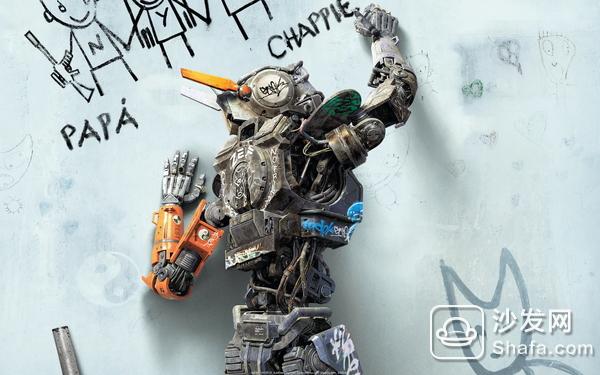 In short, let TVs have simple voice artificial intelligence, which is more convenient for human-computer interaction, because many users do not like to use the remote control, or simply do not expect the remote control to be there.

However, this type of interaction is still limited by many problems in the technology. First, the standard of the voice output is not uniform. Not everyone can speak good Putonghua, and there are many dialects that the TV does not understand. Second, the use scenario is subject to Limited, especially quiet and especially noisy, we are not willing to speak, and there are noise disturbances in noisy situations, and there is also great confusion about speech recognition.

Artificial intelligence on television does have many uses. But not necessarily limited to voice technology, gesture interaction is also a direction that TV manufacturers are actively exploring. In fact, thinking about how to make users more convenient, it would be better to think that if users do not need to use, it can be more convenient.

In addition to the multitude of marketing modes, the speculation of hot spots, and the cost reduction brought about by technological breakthroughs, are there any alternatives for television product innovation?

Hardware breakthrough is a constant truth 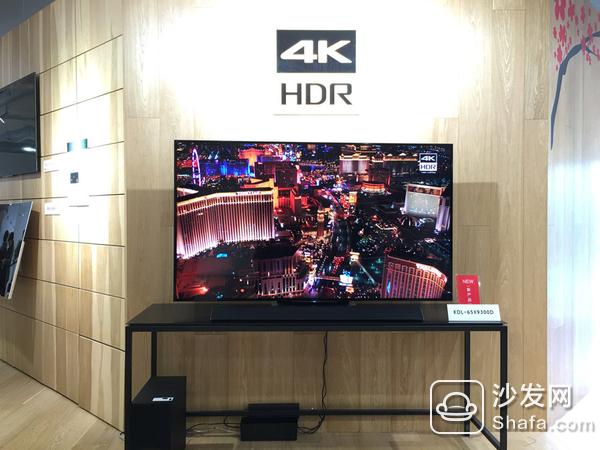 Although the upgrading of hardware technology is a commonplace topic, it is also a constant truth. The reason why the television has been continuously extended to the present day has not been eliminated by other display devices. Apart from family attributes, the most important thing is the nature of its large screen. TV has more advanced display technology in some aspects, more unique color performance, and more excellent viewing experience.

Of course, advances in hardware technology are not a matter of overnight. The so-called surgery industry specializes in it, and it is not a matter of forcing Internet TV makers. But it is the industry responsibility that the traditional enterprises with abundant capital and mature industries must take up. 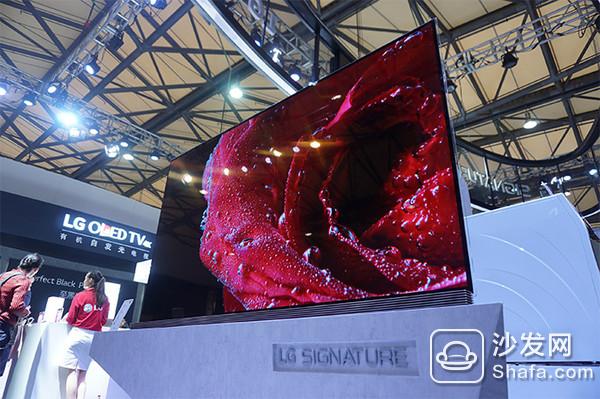 LCD technology has already reached its peak and OLEDs are getting better. However, these products in the consumer field still face many problems. The TV's unique ID also fades with streamlined production. The price war has kept all stubbornness and razor-sharp cleanliness, and everyone has a long way to go. Aesthetic fatigue has become the pain of product manufacturing under the subsidy economy. It is said that since the beginning of this year, the leeks planted by capital have begun to harvest, and this phenomenon is expected to improve.

From the very beginning, I was rejecting the "content is king" marketing model of Internet TV manufacturers. I always think that TV is just a screen and doing it well. But now I have to admit that content is really more and more important in the field of television consumption. 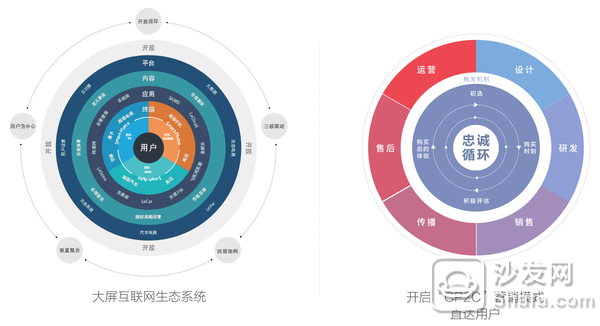 Our time is greatly fragmented, but most of the fragmentation time is around the contents of the Internet output. Whether it is news and information, live social networking, film and television music or political literature, it is through the same window to switch between different devices. Mobile phones, computers, tablets, and TVs, you can't admit it, but this is a fact. Our lives have been bound by the Internet.

The content orientation of TV shows is very clear and irreplaceable. For example, TV live TV, CCTV News Network, various sports events. However, due to the comfort and fixed nature of the large-screen TV, more and more new contents are beginning to infiltrate TV. People are happy to accept it. Live webcasts, games, entertainment, and even shopping. Moreover, policy orientation is also moving toward triple play. 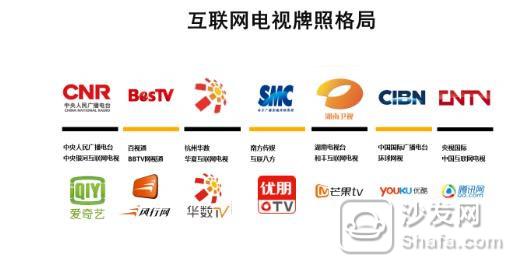 The infiltration of culture is terrible because its channels are too rich and true and false is too difficult to distinguish. In the past, only thousands of books on the road were read in order to have more cognitive upgrades, but now they are completely different. Television as a basic communication tool will naturally keep up with the rhythm of Internet content as it scours and floods.

Conclusion: Although we have given up so much, the current TV market is still a market for checks and balances. There are notions of speculation, price suppression, technological competition, and model innovation. No one between the Internet and tradition can completely replace anyone. Just as the different devices advocated by Microsoft are seamlessly connected to the same system, the different systems advocated by Apple, like different systems for collaboration and mutual assistance, are difficult to judge. It is this embarrassment of checks and balances that can breed more possibilities for innovation.