In terms of voice recognition and information push, Google's technology is no less than Apple and Microsoft, but its brand building is not successful. Google has launched "Google Now" as the core of Google's smart information service, and later launched the "Now On Tap" for mobile device information retrieval service. Recently, foreign media broke the news, Google or will eliminate the "Google Now" series name, unified use of the new "Google Assistant" (Google Assistant).

In fact, brand changes have already been traced. Google launched a powerful "Google Assistant" at the developer conference in mid-year. At that time, it revealed that its Google Now series name will gradually withdraw from the line of fire. According to a number of foreign media reports, in the latest public beta of Google's search application, Google Now's related words disappeared, "Now cards" was replaced by "Feed," and "Now on Tap" was replaced by "Screen Search." 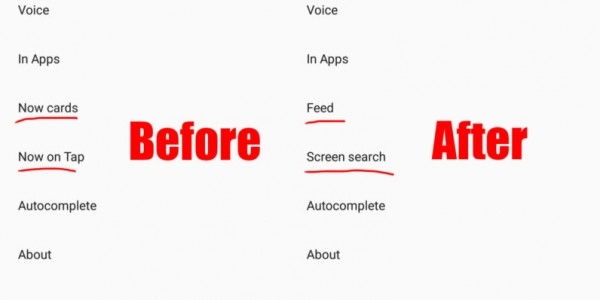 In addition, the public beta has added shortcut keys for searching within the application. There is no doubt that "Google Assistant" and search tools will be the top priorities for Google's future development.

At present, although Google has not yet formally announced the news, according to foreign media analysis, Google may give up the above two brands because the â€œGoogle Nowâ€ brand name does not accurately describe the services provided by the user.

The new "Google Assistant" feature is very powerful and will infiltrate Google's hardware and Internet ecosystem. For example, in Google's new mobile chat tool Allo, Google Assistant can intelligently recommend a reply option; users can also consult it directly for weather, flights and other information. The future â€œGoogle Assistantâ€ will integrate more outstanding artificial intelligence and machine learning technology from Google to allow users to have a great service experience.

The application of machine learning in automobiles: Speaking from today's expansion of the Munich AI laboratory

Decryption: What is the technology of Alibabaâ€™s employees who have found information leaked from the screenshots?