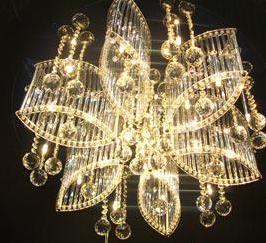 As the wind vane of new lighting technology, it is the coordinates of the development trend of the LED lighting industry. The Frankfurt Lighting Fair has just ended. However, after the end of the exhibition, the most popular technology that can be seen is not the new technology of the industry, but the â€œbeggarâ€ of Chinese companies at the exhibition. Therefore, through this lighting exhibition, we hope that everyone will not only see the new direction of development of the LED lighting industry, what is more important is to see our shortcomings. Xiao Bian Tucao, the exhibition of Chinese enterprises exhibited the "å°´å°¬". Wu Yulin, a curious international big-name patent executive, discovered at the show that the two â€œaudiencesâ€ turned out to be OSRAMâ€™s patent executives. The documents they had read during the discussion were the EU patent certificates that we were familiar with.

As soon as they came, they knew what was going on. OSRAM's two patent executives are investigating whether their patents have been infringed. They are looking at the products while browsing different booths. Suspiciously, they have turned up patents for the OFweek and half of OFweek semiconductor lighting network conductor lighting network certificate data for verification. All exhibitors at the Frankfurt show must sign a guarantee before exhibiting and promise that the product must not infringe on the intellectual property rights of other businesses. Otherwise, the consequences will be serious. Just now this has been verified. I remember that at the previous exhibition, they also met with Philips patent personnel to verify that they went to our booth to stare at a product research, consulted their data for more than half a day, and finally hurriedly left. Fortunately, our technology and design of this product have already applied for EU patents and Chinese patents before we can avoid Philips' patent attack. Philipsâ€™ implementation of its intellectual property rights is extremely aggressive. They actively attacked and actively implemented patent strategies. If any other product similar to or infringing their patent was discovered, they immediately issued a warning and informed the meeting party that they were required to close the booth. It is even more subject to legal prosecution and compensation. The tragedy of two Chinese companies stalls was canceled Frankfurt International Lighting Exhibition is divided into ten branches, China Pavilion is the first, but the area is relatively small, the location is relatively remote. I don't know if this is an intentional arrangement for the exhibitors. It is difficult for companies in the China Pavilion to gain the respect of international businessmen. From time to time, German customs will â€œseal upâ€ booths in the China Pavilion. On April 1, Wu Yulin saw the information sent by her peers on WeChat: â€œThe booths of the two Chinese companies were cancelled.â€ Wu Yulin called specifically to find out that the news was obtained from the exhibition party. Wu Yulin also asked from a German friend. He said that two Chinese companies had indeed been rescinded from their booths after discovering infringement. Wu Yulin learned from German customers that, after being infringed, the infringed merchant can claim compensation, and the price of the claim is based on the extent of damage, but the infringing company can negotiate with it. However, once the other party finds infringement at the exhibition, the company can call the police and the local police will rush to confiscate all related infringing products and fine the other party with 1,000 euros.