It has been more than a month since the "GT Racing" bounced. Many players are more concerned about the news of "GT Racing." The official game has not announced the specific game release time. Recently, the official released the "GT Racing" game supported by HDR. Screenshots, it is reported that HDR is the new performance of the PS4 and PS4 Pro, to more realistic recovery of the real-line game.

For games that go to restore realistic routes, the colors in daily life are far more than the colors that can be represented by standard RGB tables. Past technologies have made it impossible for games to be highly authentic. However, the new HDR support for PS4 and PS4 Pro now makes this regret and imperfection into the past.

Yamauchi said that because of HDR's support, in the "GTS" to be released in 2017, the players' screens will be able to display a wider color gamut, and in combination with the new lighting in the game, they will be able to bring to the players. More realistic, closer to photo-level screen performance. At the same time, in order to display the picture strength of "GTS", Yamauchi also announced a set of screenshots of the game, bringing the most intuitive visual experience for players.

But the most obvious effect of HDR is the lighting in the game. In these screenshots we can see the different performance of the body and interior in different weather and light, whether it is the body reflection or the overall color contrast is very good . Ordinary TVs need at least 100 nits of screen brightness to light up, and typical Blu-ray video and HDR theaters use a maximum of 1,000 nits of light, while the official TVs on display can support 1500 nits of brightness.

However, Yamauchi said that in the â€œGTSâ€, the maximum value of the lighting range will reach 10,000 nits, which is far more than the limit that can be displayed by todayâ€™s television and display technology. In order to restore all the details of the game, you must wait for the display technology. continue to develop. Yamauchi also emphasized: "In order to demonstrate the HDR effect in the game as much as possible, we have also made adjustments to the perspectives within the game to reflect the impact of HDR on the environment as much as possible."

But this is not yet all the progress GTS has brought. The game production team is dedicated to restoring the most realistic driving experience: "Since the 20th anniversary of the first series of the GT series, we have been fighting for a goal. , it is to present to the players a beautiful car and charming light, this has never changed.Although every progress is not great, but after several generations of changes, the game's physical, sound effects and lighting systems have been obtained We do not think we can make the game restore the fun of driving accurately, but everyone can feel that this is the best time we have done."

"GT Racing" was originally scheduled for sale on November 15, 2016. As a result, official bounce tickets were postponed for sale. This may be due to the need to optimize the VR model. After all, considering the user's immersion, "GTS" will be officially launched in 2017 and will be available on the PS4. Platform, and support PSVR.

The harsh environment and humidity have a significant impact on the telecom base station, especially for the stability of the base station. Therefore, a battery with good performance is very important to stabilize the network signal. LiFePO4 battery have a good performance in these applications. In addition, the advent of technology will drive demand for LiFePO4 batteries in telecom base stations. Notably, the development of new energy sources has brought more demand for energy storage. With the cost of lithium-ion batteries falling, LiFePO4 batteries have become a more economical investment for telecom towers with their long life, high stability, and environmental protection. This high voltage system, as an ideal backup power supply, is widely used in distributed energy, grid energy storage, photovoltaic energy storage, data room and other application scenarios that require high-voltage platform batteries.

The high voltage Lithium Battery system uses 19'' Standard Cabinet and the modular design of battery cabinets makes it useful to meet higher energy storage capacities. It can be expanded in parallel according to the need. 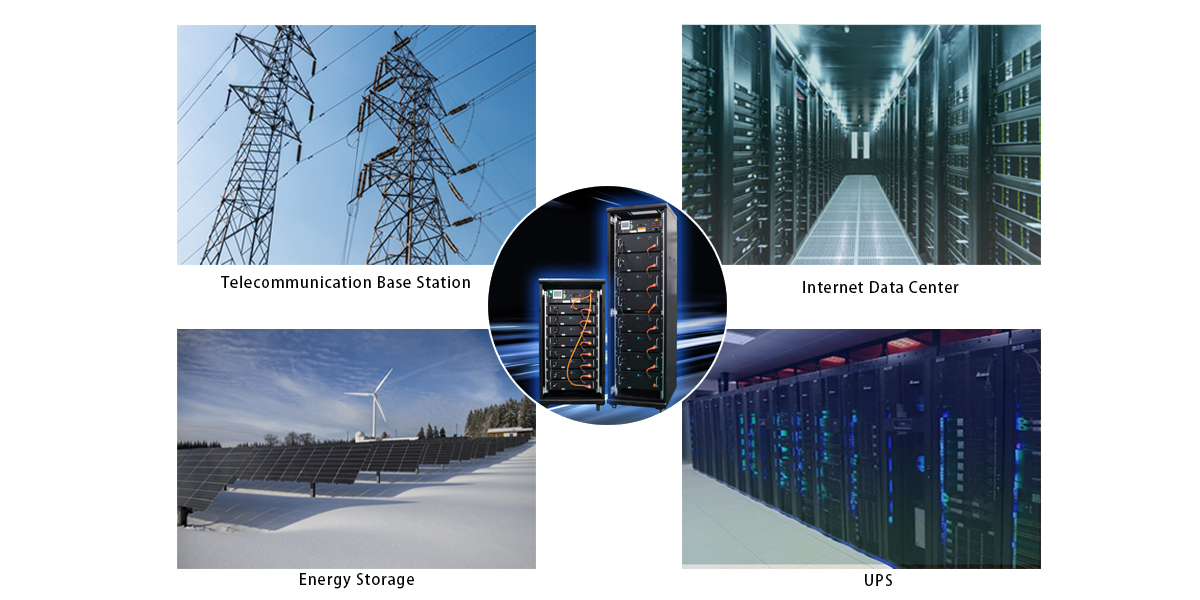