On September 1, Geely Automobile officially launched the Emgrand EC8 BMBS version equipped with a BMBS flat tire monitoring and safety control system. This model is equipped with the second-generation BMBS system. This system will effectively reduce the probability of flat tires. It can avoid the loss of control of the vehicle caused by high-speed tire puncture. So what kind of system is BMBS, we will briefly introduce the BMBS system for everyone. 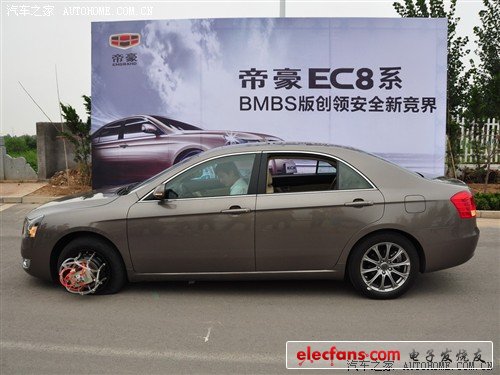 BMBS Blow-out Monitoring and Brake System (Blow-out Monitoring and Brake System) is Geely's first in the world, and it has a safety technology with independent intellectual property rights and patents. This technology is mainly designed to prevent vehicle runaway caused by high-speed tire puncture. This BMBS system is the second-generation system. Compared with the first-generation system in the previous experimental stage, the sensor components of the second-generation system are smaller in volume, higher in monitoring accuracy, shorter in response time, and the receiving efficiency of the monitoring system is also improved . 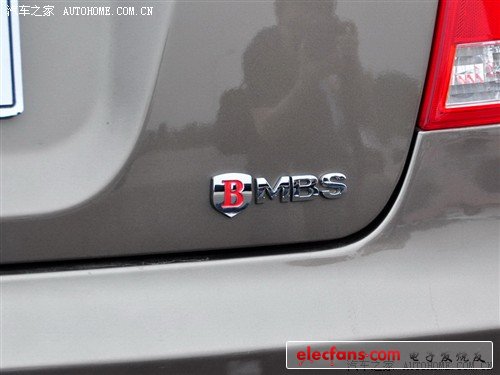 BMBS technology was officially granted the Chinese invention patent authorization on January 28, 2004. In 2008, the first-generation BMBS system officially met the world, and this time the Emgrand EC8 BMBS version is equipped with the updated second-generation BMBS system. BMBS brings together experts and engineering technicians from home and abroad in automobile mechanics, control science, human physiology, electronic informatics and other fields to pass the reliability verification of more than 100 test vehicles with a cumulative travel of more than 5 million kilometers to ensure the reliability of the product. 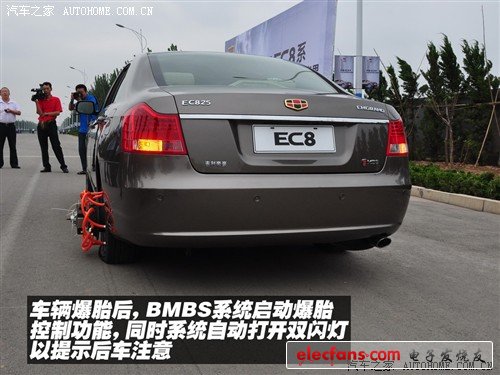