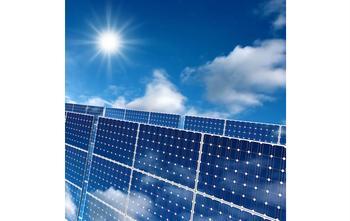 From the analysis of the international market structure, my exports to traditional markets such as Europe and the United States continued to decline, and the ASEAN market showed a high growth trend. Japan, Ukraine, South Korea, Vietnam and Denmark became my emerging markets for solar photovoltaic products. In 2012, China's exports of solar photovoltaic products to Europe amounted to US$11.19 billion, a year-on-year decrease of 45.1%, which was higher than the overall export decline of 10.1 percentage points and exports accounting for 48.0%. Which exports to the EU accounted for 46.1%, still the largest export market for photovoltaic products in China; my exports to ASEAN and Africa grew by 22.1% and 10.9% respectively.

Difficulties in exports need to be activated

Domestic: Overcapacity in the market The dependence on exports is high. The overcapacity in the PV market, the imbalance between supply and demand, the decline in polysilicon prices, and the decline in overall industry profits. In recent years, China's photovoltaic cell industry has continuously expanded. In 2008, the output of photovoltaic cells in China reached 2 GW (hereinafter referred to as GW), accounting for 36.7% of global production; in 2009, it exceeded 4GW, accounting for 40% of global production; in 2010, about 8GW, accounting for 50% of global production, ranking the world In the first place, it will reach 20GW in 2011, which will account for 65% of global production. In 2012, shipments of photovoltaic cell modules will be about 23GW, but the output value will drop significantly year-on-year. Compared with the rapid increase in production capacity, the increase in market demand is dwarfed. According to Reinhold Buttgereit, secretary-general of the European Photovoltaic Industry Association (EPIA), the current global PV production capacity is 60 GW, and the overall demand is only 30 GW. The middle gap is very large, and the overcapacity is very serious.

Since 2011, the overcapacity in the photovoltaic industry has led to rapid price declines: the polysilicon spot price has dropped from around 80 USD/kg in early 2011 to around 18 USD/kg currently, and the spot price per module has dropped from 1.7 USD at the beginning of the year to around 0.7 USD at present. The overall gross profit margin of the industry is less than 10%. The profit space has shrunk dramatically, and most photovoltaic companies have fallen into losses. In 2012, all major PV companies had different levels of losses.

More than 80% of China's solar cell products are used for export, and the dependence on foreign markets is too high. Nearly 70% of them are exported to European and American markets. In 2012, the global installed capacity of new photovoltaics reached 32GW, which was a year-on-year increase of around 10%. The installed capacity of new photovoltaic power in China is about 4.5 GW, which is a year-on-year increase of 66%, accounting for about 14% of the global market share.

The capital chain faces a shortage of risk. Due to weak demand and plunging prices, some media reported that the performance of 80% PV listed companies has declined this year. The high inventory levels and sharp drop in operating cash flow, coupled with the waning of investment funds and banks' enthusiasm for photovoltaics, threaten the photovoltaic industry's capital chain to be tight or even fracture.

China's solar photovoltaic product processing trade exports accounted for more than 60%, the need for changes in trade patterns. China's photovoltaic industry has not yet established a comprehensive R&D and innovation system, and at the same time lacks support from some high-tech manufacturing industries. Therefore, the high-end equipment for crystalline silicon solar cell production lines in China still needs a large number of imports. The major production equipment for thin-film solar cells is relatively large in foreign countries. Gap, some of the supporting raw materials for solar cells still do not get rid of dependence on imported products. This status quo led China's photovoltaic industry to be branded as a "factory foundry."

Industry standards need to be regulated, and industry self-regulation needs to be improved. China's photovoltaic products export enterprises are mainly concentrated in Jiangsu, Guangdong, Zhejiang and Shanghai. In 2012, there were 537 photovoltaic cell companies with actual export performance. The overcapacity was obvious, and it was easy to form domestic companies' competitive sales. Therefore, it is imperative to standardize industry standards, strengthen industry self-regulation, and standardize the import and export behavior of the solar energy industry.

In 2012, China's solar cells and components accounted for about 70% of exports to Europe and the United States. In 2011, the total amount of photovoltaic cell products in China was nearly 1 trillion yuan, and the related bank loans were approximately 300 billion yuan. The total industrial output value and loans exceeded the trillion-dollar scale. The national solar energy industry employees are roughly estimated at 400,000 to 500,000, and related companies in the supply chain have a total of one million jobs. Europe and the United States have conducted anti-dumping countervailing investigations on China's solar cell products. The impact on China's entire photovoltaic industry is fatal and devastating.

China Research Institute Puhua solar energy industry analysts said that China's photovoltaic product exports by the European debt crisis, the main export market subsidies and other international factors affect the reduction, the export demand has declined significantly. Since the outbreak of the global economic crisis in 2008, the demand in the international market has been sluggish. The recent global debt crisis in Europe has intensified, and the global economy cannot be restored in a short period of time. The outlook is worrisome. The solar energy export enterprises have a high degree of dependence on the international market and are greatly affected by the world economic downturn. In addition, fluctuations in market exchange rates will also have an adverse effect on the export of companies.

Steel Wire Armoured Cable, commonly abbreviated as SWA is also called booklet armored cable, mains or power cable, is a hard-wearing power cable designed for the supply of mains electricity. It is one of a number of armoured electrical cables â€“ which include 11 kV Cable and 33 kV Cable â€“ and is found in underground systems, power networks and cable ducting.