With the wide use of large-screen splicing walls in commercial applications, the market for splicing technology is becoming wider and wider. In this sunrise industry with unlimited potential, DLP technology has always dominated the position of the leader in the field of large-screen splicing, but At the same time, the sudden emergence of LCD splicing technology can not be ignored, it is grabbing the splicing market at a rapid speed. In the impact of the status of the king of DLP splicing, what is the reason for LCD splicing so rapidly rising, a piece of the splicing field?

LCD is a mature display technology with a service life of more than 50,000 hours, ensuring uninterrupted operation of the system for a long time. The LCD screen is equipped with super-explosion-proof glass and multi-coat surface treatment technology. It has no thermal deformation and long-term use without surface concave or convex phenomenon. The technology and construction of the liquid crystal determines that there are no wearing parts and consumables, and it is not necessary to regularly maintain the large screen, and the later use cost is extremely low. The liquid crystal has low power consumption, low heat generation, light weight, long life and no radiation, which makes the liquid crystal splicing curtain wall extremely reliable.

Considering the economics of the system, it should be considered from the cost performance. Only under the premise of high performance and high quality, the economics of the system will make sense. At present, the price of plasma (PDP) splicing on the market is relatively high. Generally, the price of one square meter is as high as 100,000, which is more expensive than liquid crystal splicing, and the cost performance is lower due to its inherent defects. DLP splicing, although the price is relatively low, but the replacement cost of one-year light bulbs is as high as several thousand pieces per screen. One curtain wall adds up to tens of thousands and more than 100,000. In a few years, the cost is amazing. LCD splicing has been widely welcomed at home and abroad for its excellent performance and reasonable price. Its liquid crystal splicing has a service life of up to 50,000 to 80,000 hours, stable quality and low maintenance cost. It is the most cost-effective curtain wall at present. 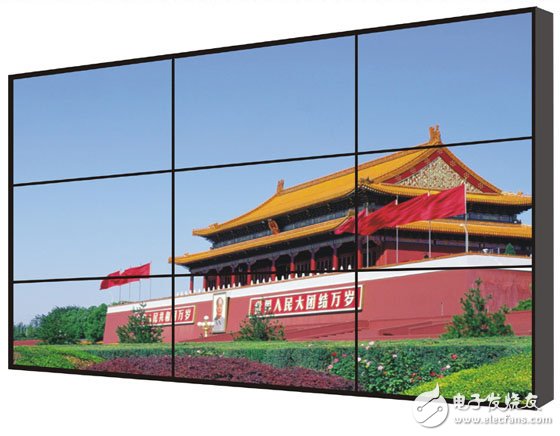 Any combination, freedom and flexibility is the concept

At the same time, according to the user's requirements on the input signal, different video processing systems can be selected to realize VGA, composite video, S-VIDEO, YPBPR/YCBCR or DVI signal input, which can meet the requirements of different use occasions and different signal inputs. Through the control software, various signals can be switched, spliced â€‹â€‹into full-screen display, any combination display, image stretch display, image roaming display, image overlay display and the like. LCD splicing can be tailored to meet the different needs of customers, providing different implementation solutions and technical support.

Wide range of applications is an opportunity

As an emerging technology, LCD splicing has the advantages of thin thickness, light weight, low energy consumption, long life, no radiation, etc., and its fine picture, high resolution, and excellent performance of various key performance indicators have made it the mainstream of development. Prospects are promising. However, due to the immature development of LCD splicing technology, oversized seams have become a fatal flaw. With the improvement of technology, the technology of liquid crystal splicing has become more and more perfect, and the gap barriers are getting smaller and smaller. For LCD splicing technology, the industry has high hopes. Its low energy consumption, long life and high definition are in full compliance with the future development trend of the big screen industry.

LED to shoot the light, English name is LED spotlights, it is the most popular energy conservation and environmental protection products, with more and more of lamps and lanterns made of LED as light source, one of the most acclaimed is LED to shoot the light, as compared with other LED lamps, LED lamp price is lower.LED lamp is mainly used for decoration, commercial space, lighting and Building Lighting, etc., with the development and progress of LED technology, the market of LED lamp performance advantage is very outstanding, high purity aluminum reflector, the beam is the most accurate and reflective effect is best;Symmetrical light distribution systems such as narrow Angle, wide Angle and asymmetric etc., and the projector lamp is equipped with a scale plate, people can adjust the radiation Angle conveniently according to the scale.In addition, in order to facilitate maintenance, the LED projector lamp is replaced by a back-up switch.The lighting decoration effect is first-rate, and the LED projection lamp can realize the dynamic effects of gradual change, jumping, color flashing, random flashing, gradual change, chase and scanning. 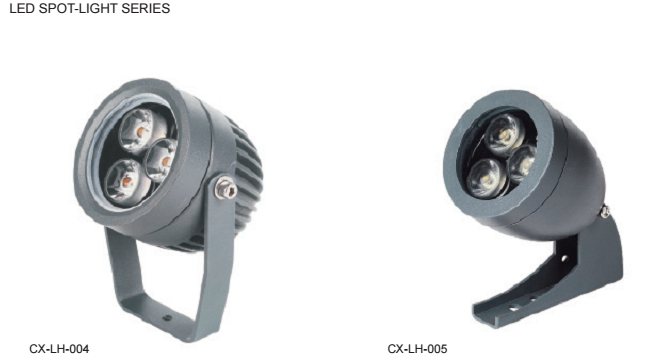 1. LED spotlights can be driven by low-voltage direct current: it has the advantages of small load and weak interference, and has low requirements on the use environment.2. LED spotlights can control the composition of the luminous spectrum well, so that they can be well used for local or key lighting in museums and exhibition halls.

4. The response time of LED spotlights is very fast: at the microsecond level, as long as the switch is on, it will be on immediately without any delay or flicker.

5. The light energy concentration of LED spotlights is very high: it is concentrated in a small wavelength window with high purity.

6. The service life is very long, generally between 50,000 and 100,000 hours, because LED is a semiconductor device, and even frequent switching will not affect the service life.