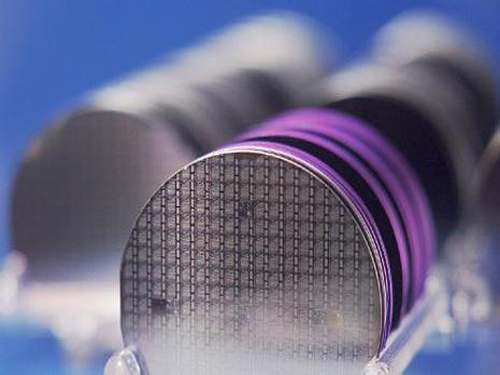 According to market insight agency IC Insights, Taiwan Semiconductor Manufacturing Co., Ltd. has taken an average of $1,328 in wafers for each 8-inch chip this year due to advanced processing orders such as 28/20 nanometers, which is not only a 4.3% increase over last year's $1,273. GlobalFoundries is 27% higher and 42% higher than UMC. The report also estimated that TSMCâ€™s 60% revenue comes from advanced processes below 45nm, showing that advanced process is the main driving force for boosting foundry revenue and profit growth.

According to IC Insights' estimation, the wafer foundry market performed strongly in 2014, including four major plants including TSMC, Greenfield, UMC and SMIC. The total revenue this year was US$35.785 billion, a significant increase of 19% from last year. Among them, Taiwan Semiconductor Manufacturing Co., Ltd. performed the best, mainly due to the significant advance of 28nm process, and the 20nm all-take-all market orders.

According to the report, if the average wafer price is concerned, TSMC and Growfonda are quickly rushing into the advanced process market. Each 8-inch wafer price is more than 1,000 US dollars. Among them, TSMC's average chip price for each 8-inch chip this year reached US$1,328, which is a 4% increase from last yearâ€™s US$1,273. This year, Grovefangâ€™s 8-inch wafer price averaged US$1,047 per wafer, which is only 2% higher than last year. %. As for UMC and SMIC, the price of each wafer this year is lower than last year.

Taiwan Semiconductor Manufacturing Co., Ltd.â€™s price per wafer is significantly ahead of its peers, not only 27% higher than Greenland, but 42% higher than UMC. From this point of view, the increase in the proportion of advanced processes can increase the average wafer price, which naturally can boost the foundry revenue and profit growth.

If we look at the proportion of total process revenue, TSMC's advanced process costs below 28nm this year accounted for 42% of revenue, mainly 28nm progress far ahead, while 20nm is taking the global wafer foundry orders. For its subsidiary micro-processors and graphics chips, Globodâ€™s production revenue below 28 nm accounted for 42% of the total, but its revenue was only US$1.884 billion, only 18% of TSMCâ€™s US$103.47 billion.

Judging from the change in the proportion of manufacturing processes, TSMCâ€™s manufacturing revenue below 45/40 nm has accounted for 60% of the total, and Grofont has followed closely behind by 59%. As for UMCâ€™s revenue this year, the main revenue is still 65nm and 45/40nm, and 28nm may account for only 2% of revenue this year. SMIC has no revenue contribution for 28nm this year, and 65nm is the main force for orders.