Recently, an LED lighting company broke the news to the editor. When the company recently accepted the inspection of the local municipal quality supervision bureau, its smart LED lighting products were considered to have no production standards and were fined. In fact, in March, when the company went to the Municipal Quality Supervision Bureau for the record, the other party said that there was no relevant national standard not accepted, so it has not been filed. This time he was fined, which means quite a bit of "fishing law enforcement". 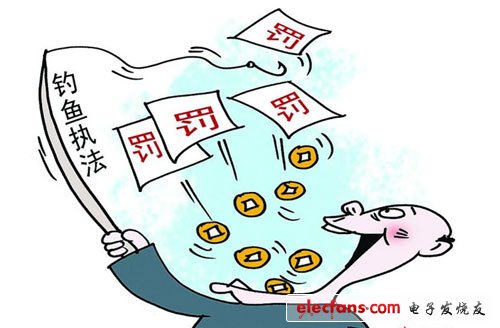 The call for national standards for LED lighting is a topic that the industry has been discussing. Although various localities are already formulating and trying out their own local standards, the standards are confusing. Enterprises here are qualified according to the standards, and they become unqualified there, and the whole industry is in a mess! The government is in a dilemma. Enterprises shook their heads and sighed. The people looked at the flowers in fog. They didn't know who was right or wrong, who was right and who was wrong, who was good and who was bad. Due to the lack of unified specifications and standards, the current LED lighting applications have a wide range of products, different performance, and poor interchangeability, which poses serious challenges to the entire industry.

The success of the LED industry standard is scientific

At present, there is no unified standard for China's LED industry. There are more than 4,000 enterprises in the existing industrial chain, including 22 domestically listed companies. Because there is no standard, the products are also uneven. Huang Shengbang, general manager of Hongbo Group from Taiwan, believes that the mainland does not lose to Taiwan in lamp design. But the quality is still lost to Taiwan.

Yue Ruisheng, secretary general of the International Semiconductor Lighting Alliance (ISA), said that the International Lighting Commission, the International Electromechanical Commission, the European Light Engine Commission, the US Energy Star, and ISA are all working on LED lighting standards to compete for industry voice. The key to the success of the standard is scientific and practical. At present, the reason why the LED lighting standard has always become a bottleneck problem that troubles the development of the industry is mainly because: First, the semiconductor lighting industry chain is long, it is the intersection of electronic information and light industrial lighting, and its application is extensive. Standard setting and coordination work bring great challenges; second, some of the LED standards are covered in traditional lighting products, for example, some standards of street lights and street lights may also be LED standards; third, "standards" are based on science and technology And the combined results of experience. The semiconductor lighting industry is in the early stages of development, with rapid changes in technical routes and rapid product performance improvements, making some product standards unable to keep up with the development of product performance, and the formulation of basic standards such as reliability test methods requires more in-depth research. The formulation also requires a longer period.

Five Burner with Built in Hob