What is a set-top box: a household appliance that relies on a TV terminal to provide comprehensive information services. Allows users to watch digital TV programs on existing televisions, and can carry out interactive digital entertainment, education and commercialization activities through the network.

Digital TV set-top box: The full name of the set-top box is called "digital TV set-top box". It is a conversion device that converts digital TV signals into analog signals. It decodes and restores the digitally compressed image and sound signals to produce analog video and sound. Signals, to provide high-quality TV programs to viewers through TV monitors and audio equipment. It has adopted a compatible approach and has continued in China until now. It is a device that connects the TV to an external signal source. It can convert the compressed digital signal into TV content and display it on the TV. The signal can come from cable, satellite antenna, broadband network and terrestrial broadcasting. In addition to the images and sounds that analog TV can provide, the content received by the set-top box lies in the ability to receive data content, including electronic program guides, Internet web pages, subtitles, and so on. Allows users to watch digital TV programs on existing televisions, and can carry out interactive digital entertainment, education and commercialization activities through the network.

Digital TV set-top box sharing: There are currently two methods for word TV set-top box sharing: crack sharing to watch different stations or regular sharing to watch the same station, set-top box crackers that can watch different channels are illegal, and viewing is temporary, as long as the TV station upgrades When the software is used, this sharing device will be scrapped, and the crack is easily blocked. It is recommended not to use the crack method. 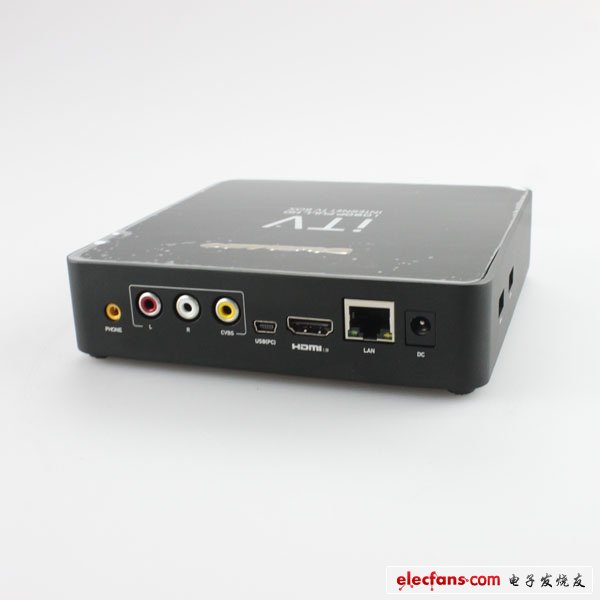 I. What is a high-definition machine? What can a high-definition machine bring?
HD, English is "HighDefiniTIon", the physical resolution can reach 1920 & TImes; 1080 is the high consumer. The original VCD support resolution is only
352 & TImes; 288. The latter alternative DVD can reach 720 & TImes; 576, and the 1920 Ã— 1080 resolution HD machine is the next-generation DVD alternative.
HD machine compared with traditional DVD. The main difference is that: the picture can achieve 6 times the clarity of DVD: sound. Unlike DVD support 5.1.
The HD machine can support the next-generation surround sound of 7.1. The sound quality is generally uncompressed like the recording master. If the sound quality in DVD is MP3, then the high-definition machine is a 96-bit fever CD! If you have a giant screen button 7.1 audio output device at home. With the use of high-definition machine, you can achieve cinema-level enjoyment! Even if you use a TV set twice Channel output, picture quality and sound quality are six times higher than DVD!
Simultaneously. At present, there are many high-definition machines. In addition to playing high-definition movies from local storage devices, it can also meet the needs of watching online movies on TVs. The content is extremely rich. As many as tens of thousands (sets), and the update is fast! In addition, The high-consumer machine can also play photos taken by digital cameras, MP3s downloaded from the Internet, APE high-fidelity music with lossless compression, etc. These are extremely practical functions!

3. What kind of HD machine do I need?
01) Cognition of a chip of high-end consumer solution:
The quality of a player depends on the chip. The current mainstream chip is: Sigma DesignfiRealtek, the former is done earlier, is the pioneer of high-consumption chips. It belongs to Shaoyoukou. The high-definition picture quality is better than the latter in "Shaoyou". But it is difficult for ordinary users to distinguish with the naked eye. And Sigma Design has a flaw: it does not support the RM / RMVB format At present, most of the video on the Chinese network is still in RMVB format. Realtek is almost comprehensive, so Realtek naturally becomes the best choice for Chinese high-definition users.
02 "must play full decoding full format:
The current high-consumer film source encoding method is mainly: VC1 / MPEG2 / H.264 / MKV, full decoding is to support these encoding formats.
As mentioned above, SigmaDesign and Realtek basically support it. Currently, non-mainstream ones such as Amlogic 8626H, due to lack of support for VC1,
It has gradually faded out of people's vision; Sigma Design is only limited to a small number of audiophiles due to the lack of RMVB format support.
03) Be sure to output the full interface:
These interfaces AV / YPbPr / HDMI are commonly used interfaces. The current high-consumer televisions basically have an HDMI interface. Audio and video are output through a cable, which is extremely convenient, but it is aimed at old-fashioned televisions. Such as early rear projection and projection, LCD TVs before 2003. There may be only AV or YPbPr (color) interface, Yingru pictures HD machine can also support!

4. After I have a high-definition network TV set-top box, can I watch high-definition movies at any time?
After you have a high-consumer machine, you can download HD movies to the mobile hard disk or U disk through the network, and connect to the USB port of the HD machine to watch;
You can also choose to save the disc. Access the USB interface through the optical drive for viewing; in addition, the HD machine with network interface can achieve real-time on-demand,