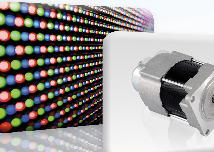 SIA President and CEO Brian Toohey said that despite the challenging macroeconomic environment, the global semiconductor industry still exceeded its expectations and announced one of the best annual sales in 2012. With the strong growth in the Americas, the recent growth momentum will make the semiconductor industry successful in 2013.

Optoelectronics is the fastest growing segment of the market. Its sales revenue in 2012 was 26.2 billion U.S. dollars, an increase of 13.4% over 2011. The sales revenue of NAND flash memory, USB interface flash drives, memory cards and related products used for storing and transmitting data in a large number of mobile devices was US$25.4 billion in 2012, an increase of 4.1% over 2011, which is the second fastest growth rate. The market segment.