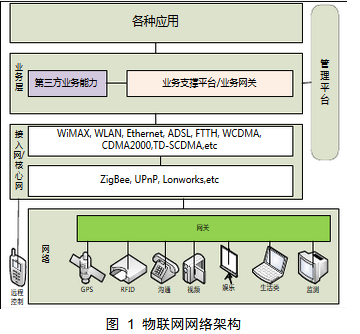 It consists of a message parsing module and a message conversion module. The message parsing module parses the standard message from the business service layer, and invokes the message conversion module to convert the standard message into a data format that is understandable by the underlying perceptual extension device and that is dependent on the specific device communication protocol. When the extension layer uploads data, the message parsing module of the layer parses the message that depends on the specific device communication protocol, and invokes the message conversion module to convert it into a message in a standard format that the service layer can receive. The message composition layer is the core of the IoT gateway. It completes the parsing of standard messages and messages that depend on a specific perceptual extended network, and realizes the mutual conversion between the two to achieve unified control and management of the underlying perceptual extension network, shielding the underlying network upwards. The purpose of the heterogeneity of communication protocols. 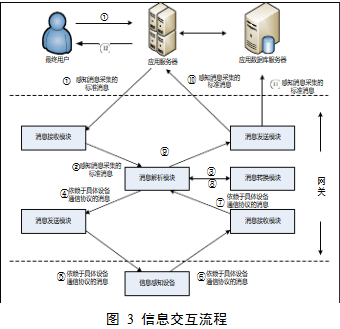 Figure 3 shows the information exchange process in the Internet of Things. It can be seen that the IoT gateway solves the problem that different devices in the IoT network cannot be uniformly controlled and managed, and the purpose of shielding the underlying communication differences is achieved, and the end user does not need to know the underlying device. The specific communication details enable unified access to different perceptual extension layer devices.

The overall structure of the gateway is shown in Figure 4. The data acquisition module implements the collection or aggregation of physical world data. It can be the aggregation node of the sensor network, the reader of the RFID network, the video acquisition device, and the GPS. The processing/storage module is the core module of the gateway, which implements data processing and storage in various aspects such as protocol conversion, management, and security. The access module connects the gateway to the WAN. Possible methods include wired (Ethernet, ADSL, FTT, etc.), wireless (WLAN, GPRS, 3G, satellite, etc.). The power supply module is responsible for powering the gateway. Possible power supply methods include utility power, solar energy, and storage batteries. 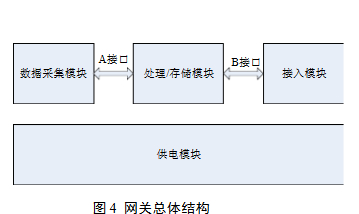 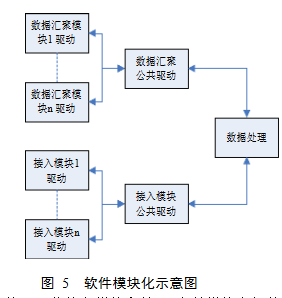 The design of the gateway is to implement various parts of the hardware and software in a modular way, making the replacement between modules very easy. The hardware modules are connected in a bus form (such as UART, USB, PCI, local bus, etc.), and the software is run in a modular loadable manner, and the common parts are abstracted into a common module, as shown in FIG. Therefore, supporting new data aggregation modules and access modules requires only the development of corresponding hardware modules and drivers. In addition, the data in the process is unified, and the load part is organized by TLV (Type, Length, Value), as shown in FIG. 6.

The overall structure of the DEMO system that needs to be developed at present is shown in Figure 7. The wireless sensor node collects information such as temperature in the environment, and sends data to the gateway through wireless multi-hop self-organizing mode. The fixed reader reads the RFID tag content and sends it to the gateway. The gateway sends the data to the server over the WCDMA network; the server processes and stores the data and provides an information platform for users (including PC users and mobile phone users) to use. By implementing this DEMO system, it is possible to study key technologies related to the Internet of Things.

1. RFID tag: The RFID tag is selected for card type, which is convenient for presentation. 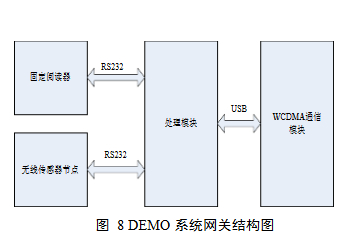 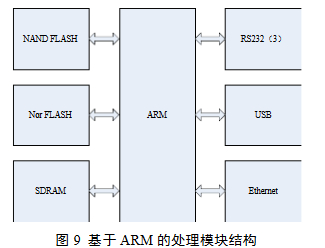 2. Gateway software gateway software is developed using Linux operating system, and its software structure is shown in Figure 10. The bottom layer is the driver for each hardware, and applications such as protocol conversion and configuration management are implemented in the application.

Configuration management: You can configure the gateway by using several methods: Console, Telnet, or Web. 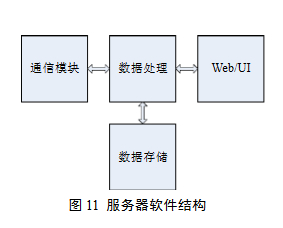 The structure of the server software is shown in Figure 11. The communication module is responsible for sending and receiving data, and the data processing is responsible for grouping the data generated by the Web/UI or unpacking the received data into the database.

IoT gateways play a key role in the Internet of Things. This paper aims to study a heterogeneous gateway device that can support various sensor networks and access networks. It can support different types of sensor nodes (wireless such as ZigBee, 6LoWPAN, etc., wired such as RS485, CAN, etc.) and access methods. (such as wired, WLAN, GPRS, 3G, etc.), and can provide a unified data format for middleware or applications, so as to shield different sensor networks and access networks for applications, so that applications only need to focus on the data of the application environment. deal with. In the research of IoT gateway, the next step will integrate firewall, VPN, DoS, traffic management, IPS, IDS, online behavior management, content filtering, WEB security, anti-virus, anti-spam and other functional modules, which can meet various aspects. The need for protection, so as to truly achieve a three-dimensional guarantee of business security.