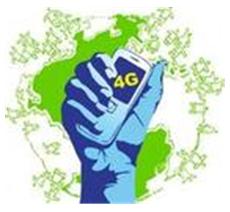 When it comes to 4G networks, everyone will have doubts. How is it different from 3G? First, from the speed point of view, the 4G transmission rate is about 10 times higher than 3G. 3G is based on 2W, and 4G is 100W. The benefits for 4G will not only be fast, but also have lower operating costs than 3G. The technology is more advanced than 3G, and it is highly efficient. The bandwidth is much wider than 3G. It was shown in the experiment that a few hundred megabytes of video files had been downloaded for a day before, and that it took only two or three minutes to pass through a 4G network. With the increasingly stringent requirements for audiovisual enjoyment, downloading and viewing of high-definition video has become a favorite of Internet users. However, huge files do not match the bandwidth of the Internet. The arrival of the 4G era solves this problem. Dozens of G files have been downloaded for a few days before and can be completed in just one or two hours through a 4G network.

4G communications has introduced many sophisticated communications technologies, making it relatively easy and quick to deploy. According to industry sources, 4G networks will initially be considered slightly more expensive than 3G while considering various costs, and attract high-end users. However, as the number of users increases and the topological network expands, tariffs will decline and will be lower than current 3G. Tariffs are much cheaper. At the same time, the application of 4G is not limited to individual users. For applications in the field of information technology, 4G will bring drastic changes to it. 4G's high speed can make cloud computing, big data and other fields more prominent advantages. The arrival of the 4G era means the arrival of a high-speed information age.

From the current situation, TD-LTE global development is facing a critical period. As of September, 29 operators worldwide have announced plans for commercial deployment of TD-LTE, and 53 test networks have been opened worldwide.

In China, China Mobile launched the TD-LTE scale technology trial network in Shanghai, Hangzhou, Nanjing, Guangzhou, Shenzhen, and Xiamen, and this year added four pilot cities: Beijing, Tianjin, Qingdao, and Shenyang. China Mobile is expected to build more than 20,000 TD-LTE base stations by the end of 2012, covering 100 million subscribers, and plans to launch TD-LTE trial commercials in cities such as Shenzhen, Hangzhou, and Guangzhou.

Following the Hangzhou Metro's first coverage of 4G signals, the opening ceremony of the TD-LTE trial network recently held in Sichuan means that the 4G network has officially entered the western part of China. For the next year's plan, China Mobile expects that the 4G signal will mainly cover the eight districts outside Nanjing's main city in the first half of next year.

For the domestic 4G network development, it is necessary to increase the intensity and coverage of the experimental network so that the 4G commercialization can be realized more quickly, allowing more users to enjoy high-speed and high-efficiency network life and promote the maturity of 4G as soon as possible.

Controllers include handsets and control boxes. They work together for users to control chair,  bed, and anything with linear actuators more easily. The input and output voltage can be customized from 12V DC to 230V AC. And multiple functions are available: controlling one, two, three or even more than four actuators at the same time; synchronizing function; memory function; etc. Controllers have passed Rosh, CE, UL certification.