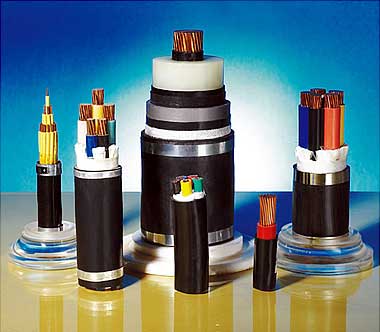 The occurrence of cable faults is accompanied by the laying and use of cables. The positioning of cable faults varies with the laying of cables, and the difficulty in positioning is gradually increasing. Among the bridges, tunnels, and trenches, the positioning method of the clear-faced method is relatively simple, and the direct-buried method is the most difficult to locate. When the nature of the fault is simple, a special cable fault location device can be used to locate the device within tens of minutes. When the fault is special, it often takes 4-5 days or even longer to locate the fault.

When using the echo method to locate cable faults, sometimes by transferring the fault phase, the wiring method will often turn complex faults into simple faults, quickly determine the fault location, and gain time for the repair of field lines. This is for the power supply and use department. Significant.

Low-voltage power cables are generally multi-core cables. After a fault occurs in the continuous use after laying, the two-core and multi-core phase-to-phase or relative short-circuit faults are generally present. Sometimes when it is detected that the fault waveform collected by a certain core is not ideal, it may be considered to switch the wiring to other fault cores for fault waveform detection. Unexpected results often occur. The waveforms acquired and detected will become More typical and regular, then you can quickly determine the specific location of cable faults.

During the on-site measurement of long-term cable customers, it has been found that after a fault occurs in a small-section copper core buried power cable (35mm2 or less) and an aluminum core cable, it may be accompanied by a short circuit and a breakage fault. In the case of on-site inspection, fault cores are based on the nature of each fault. The difference is that converting a short-circuit fault to a broken-line fault measurement tends to do more with less.

For medium-voltage buried power cables with extruded and armored inner liners, the cause of the failure is mostly external mechanical damage. When the insulated wire core fails, the inner liner may have been damaged. In the face of cable insulation failure is more special, the use of professional cable fault instrument acquisition waveform difficult. It may be considered to use sounding methods to apply high-voltage pulses directly between the steel strip of the cable and the copper shield, which tends to be fixed quickly.

In the on-site measurement process, we also found that when the low-voltage cable fault location is determined by sound measurement, the high-voltage wire and the ground wire are connected between the bad phase and the metal shield or armor, because the insulation resistance of the two exhibits a low-resistive metallic connection. The state, the sound is very small, can not use the probe to listen to fixed point, the effect is not ideal. Through multiple actual listening sides on the spot, it was found that the distance between the discharge ball gaps was appropriately increased, and at the same time, the high voltage and ground lines were connected between the two faults, and the discharge sounds often became large, and the fault point was quickly determined. .

For us, clock is far more than a subject to read time, but a piece of art, art of time, art of the table and a wall art.

Please don't hesitate to share with us any of your brilliant idea when watch these timepiece working, one of the most important responsibility of our great team is to make your idea into reality...